One of Europe’s leading classic car events is already casting its luscious shadow in advance: the 32nd Kitzbühel Alpenrallye will roll over the alpine stage of Tyrol, Salzburg and Bavaria from 5th to 8th June 2019.

In 2019, brand new routes are on the programme along one of the most illustrious Alpine chains imaginable: Kitzbühel Alps, Wilder Kaiser, Loferer Steinberge, Hochkönig, Zillertal Alps, Rofan Massif and Hohe Tauern will provide the rallye teams unforgettable views and vistas of the vast mountain galaxy known as the Alps. Numerous breathtaking alpine routes will provide the requisite sportive challenge. For the first time in years, the route of the Alpenrallye 2019 in the royal stage on Friday, 7 June, will lead into Mozart City – Salzburg – among other high points. The stage on Saturday (8th June) subsequently leads over Gerlos Pass, through Ziller Valley, Inn Valley and finally, in the grand finale, back to Chamois Town. Thousands of enthusiastic spectators will again cheer on the 180 rallye teams and the picturesque parade of vehicles along the home stretch in Kitzbühel’s old town (2:30 pm).

…are what the participants have to master along demanding and sophisticated mountain routes, depending on which category is being driven, strenuous (Sport Trophy) or relaxed (Classic Trophy). The pre-set limit for the minimum age of cars – 1972/1975 – places an added badge of exclusivity on the field of those at the starting line.

One of the most charming oldtimer rallyes of all

The Kitzbühel Alpenrallye has been considered one of the greatest and most renowned historical automobile events for thirty-two years. The mondaine flair of Chamois Town and the magnificent mountain backdrop surrounding it and all along the diverse alpine routes create a framework for what is truly one of Europe’s most charming oldtimer rallye events. 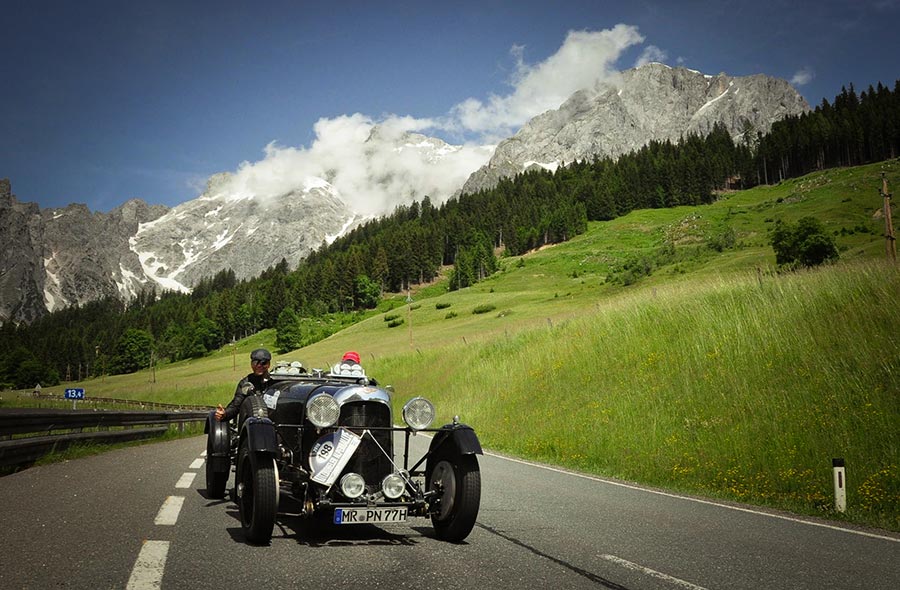